It’s quite interesting that a newborn baby can be a little brat in the making. Well I did not know that until our pediatrician met Joshua for his 1st month check up. As she held him to weigh and measure him, he cried and cried. He turned red with a mighty angry fit. My reaction was a bit of a panic to soothe him so he would stop. Then our doctor says, ” looks like you have spoiled your baby”.

A month old baby considered “spoiled”. Are you kidding me? I could not believe my ears, and ouchie for my ego… Could I have spoiled my baby?

The doctor asked if I gave my baby milk the moment he cried. And ooppsss… I am guilty of that. I just want my baby to be relieved when he is in discomfort and cries. She further explained that babies are smarter than we think. They understand the principle of “action for every reaction”. So when Josh cries I feed him immediately. So now he associates milk with crying.

The doctor advised me to restrain the feeding to every 2 hrs instead of every 30 mins or every hour. She also said, it is ok to let the baby cry… “It’s good for their lungs!” So I took the doctor’s advise.

Joshua had to be trained on a semi-scheduled feeding. We had cry out sessions running 20 minutes… And boy, it felt like forever! The outcome however is so worth it. Joshua became calmer, more amiable, and obedient.

Now, he hardly has his tantrums. We can travel and if he starts showing signs of crying, I just talk to him and he calms down. He has become such a good baby because this early, he is learning he can’t get everything he demands. 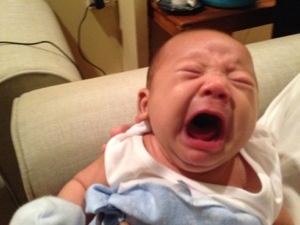 There are many things to learn as a parent on loving your child enough to teach them. I never realized that spoiling can start very early…

My mother-in-law would get Joshua in the morning and give him tummy time. She would shut her door so I don’t hear my baby cry. But Joshua would cry when he is placed on his tummy. She would put him on his back and he would cry. Then turn him on his tummy and he would cry with high pitched pissed off voice. She was patient until he stopped. I have to say, Joshua now enjoys tummy time and is doing his version of crawling before he turned 2 months! My mother-in-law is instrumental for this milestone! 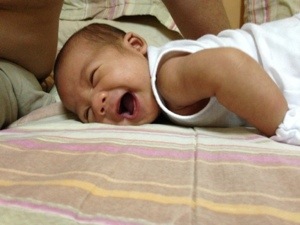 The bible says so, “train up a child in the way he should go, even when he is old, he will not depart from it” -Proverbs 22:6

2 thoughts on “Unspoiling the Babe…”