Recent days have been very tiring and for me because caring for a newborn has no schedule. At times I get to sleep by 12mn and wake occasionally to feed my infant. But there are nights that are so long that I have caught the sun rise before getting my sleep.

For several weeks,  I have missed being the first one to get my son’s morning kiss. Joshua has tried to see me and wake me, but I’m too tired to get up… Even our morning play time is not the same as before. I begin to sense that this has been an adjustment for my older son. 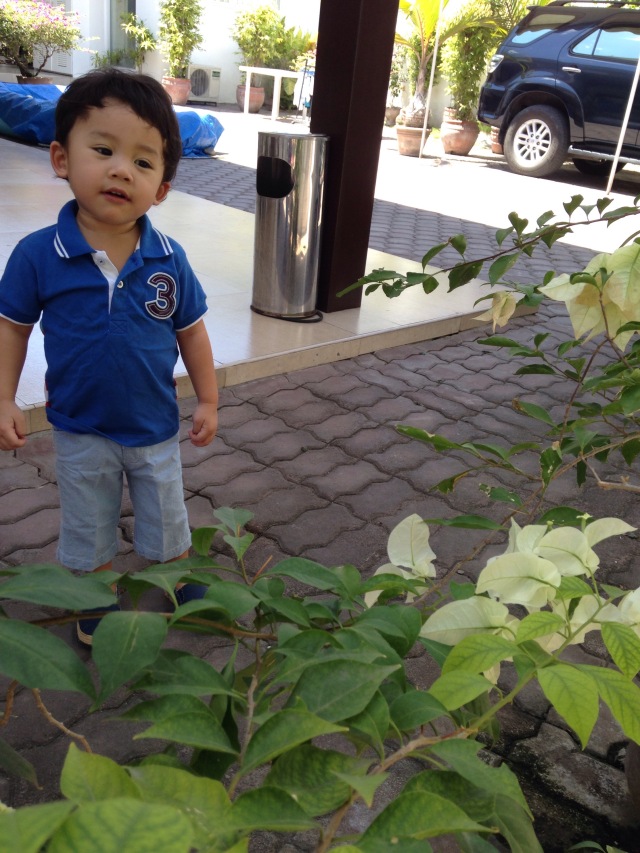 My two year Joshua asks for mommy’s attention by acting like a baby.  He would ask to wear diapers even if he is potty trained and no longer needs it. When he sees me feeding his baby sister, he would ask if I could carry him just the way I am holding his sister.  He also has periods of crying for no reason so I can hug him and embrace him. Sometimes, he gets moody and tries to fight me especially when he wants to play.

Of course, I am concerned that he might start feeling jealous of his sister and express that in the way he approaches her. But I am so blessed because God has given my son a tender heart for his sister.  He may have meltdowns with mom, but never with his baby sister Anna. 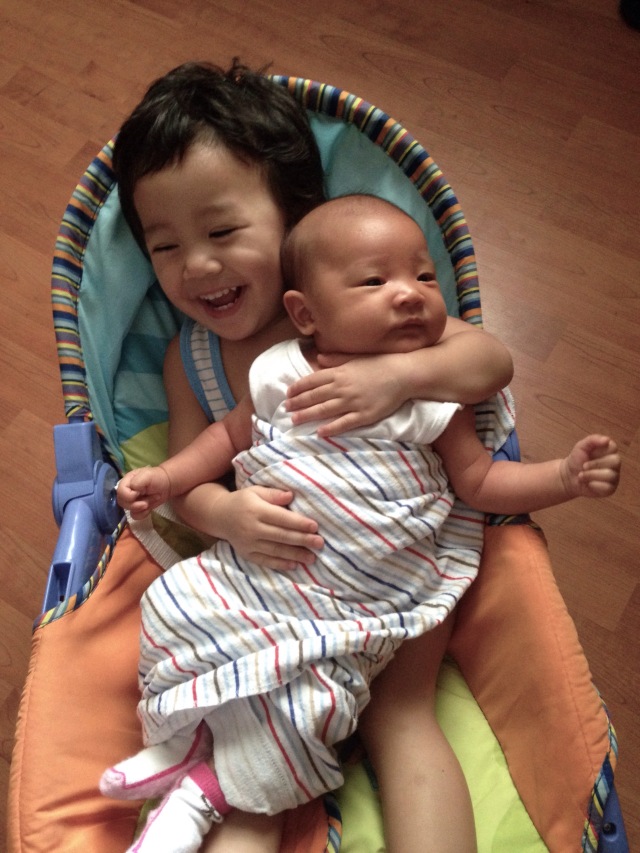 When Anna cries, he would run to her, touch her head and say “Be Happy, Anna!”  When Anna is awake he would always ask to kiss her. He often jumps in the crib so he could play with her and kiss her. 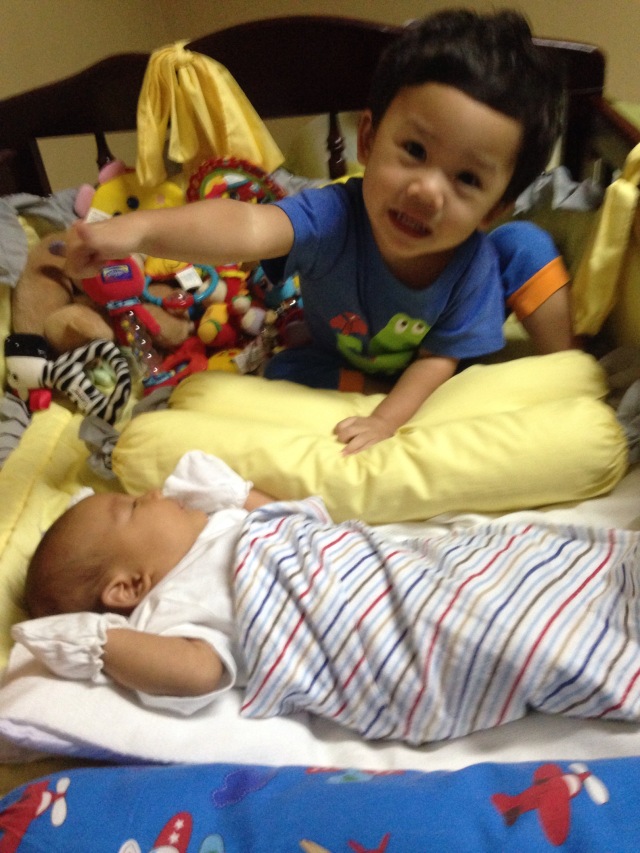 Joshua loves being “manong” or older brother. He smiles when we give him praises for being a good and sweet brother. There is such joy in my heart to see that my little “manong” truly loves his baby sister.