I have to thank the video of Pocoyo about Earth Hour. Joshua happened to browse that on YouTube channel and he just could not get his mind off what he saw.

The video showed the earth turning red because of global warming. Everything on earth dying, the water rising, and a change in climate. The video stuck to Joshua’s mind so it became a teaching moment!

I explained that the more we cut trees, and the more we pollute or scatter garbage, the hotter the earth becomes. Later, it becomes so hot everything burns and we will all die. The one way we can help is by planting trees!

So Joshua kept repeating this story to his Lola (grandmother). Lola was amused by his interest that she kept this in her mind.

So the next thing she did was take Joshua to see the trees she planted in the farm. She told him that the tree grew so big and tall after taking care of it.

Then Lola gave Josh a coconut seedling that he could plant. They walked around the garden and searched a place where he could plant his first tree!

Josh kept talking about the red earth and he was quite serious about planting his first tree. They bore a hole in the garden where he would place the seedling. And he placed the soil around it. We talked to his tree which he just wants to name “Coconut”.  We told him to grow, to be strong and to be a good tree. 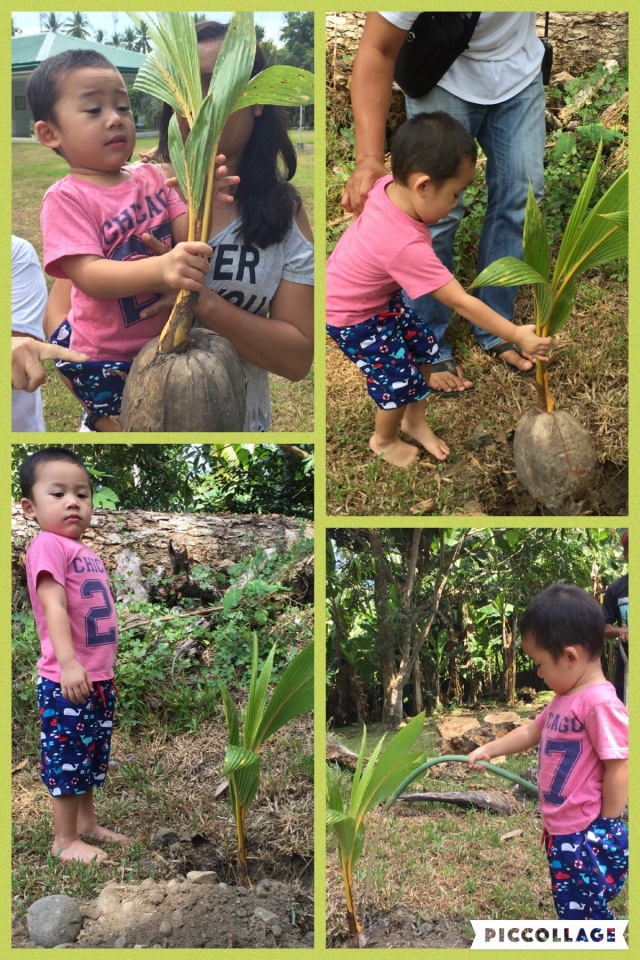 He watered his tree and felt very accomplished in planting it.His Lola was supervising and watching Joshua as he was experiencing his first tree planting.

I know this lesson will stay with Josh because he is not only interested, but he also had the opportunity to apply what he learned from that Earth Hour video. If every family teaches their children to do their part in saving planet earth, then maybe we can have a different future.