Joshua is in the age where it is easy to let him follow some instructions. I want him to be more independent and give him a sense of responsibility, so I thought of doing a weekly chore chart!

We both agreed that he has to complete a set of chores everyday and when the week is over, if he does all his responsibilities he gets a reward from the grocery. 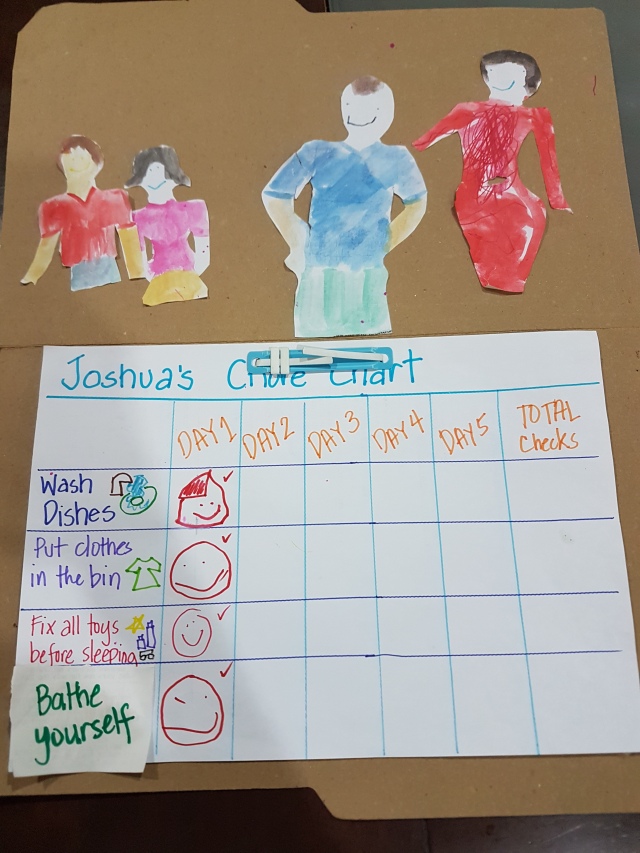 So for the first week, we agreed on 4 chores he has to complete everyday.  His chores included washing his plate and utensils, bathing himself, putting his clothes in the bin, and cleaning up his toys. As his Mom, I have to remind him if he did his chores. If he forgot, I would remind him to complete his task. If he completed it, he gets to put a smiley face on his chart.

His chart is also reported to his dad at the end of the day. He feels really accomplished that he got to complete his work. Together with my help, Joshua designed his chore chart folder by putting family cut outs of which some of them he painted.

At the end of the week, he completed it and he did great! It’s a fun and good way to do chores at home.