My son loves science! He is especially interested about the solar system. His dad brought home a Space book and he was thrilled. We read about the 8 planets and we went page by page.

Since he learned about the 8 planets song, Joshua has been asking me to help him make his solar system. I have sort of procrastinated on the request until the other day. With play doh and white Carolina paper, we followed the look of every planet from his Space Book. 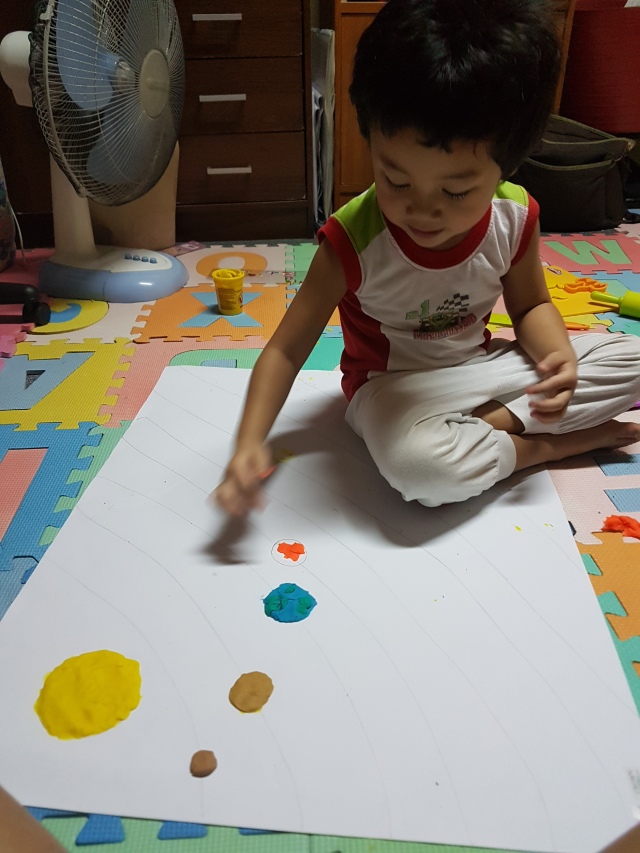 I drew on pencil and Joshua had to fill the planets with play doh. Once he completed it, he had to write also the title of his project. This activity made him remember the name of the planets and he also practiced his writing. 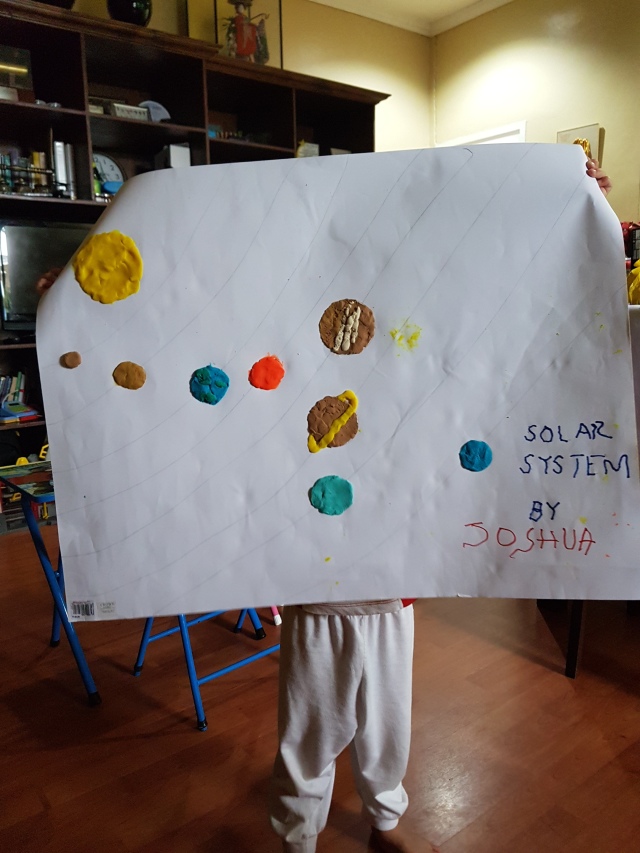 This project was real fun to make and Joshua made it as a gift to his dad. But I decided to post it in their room and write on it so both Joshua and Anna could read and remember the solar system every day.